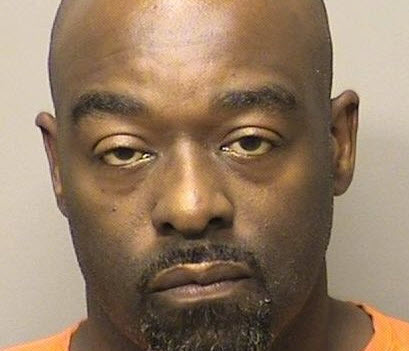 Care to take a wild guess on his party affiliation?

As The NWI Times reports,

He has been charged with the murder of Reimundo Camarillo Jr., in the 4200 block of Euclid Avenue in East Chicago on Oct. 12, according to court records and related illegal firearm charges.

He also faces a federal drug charge stemming from a traffic stop in Porter County where police found 73.22 grams of marijuana and $100,700.00 in cash.

Despite his pending legal battles that could take months if not years to sort out in the courts, Battle won the election a few weeks ago.

Battle initially said through his then attorney, Walter Alvarez, that he shot Camarillo after Camarillo pulled a knife on him, according to the affidavit. As the conversations continued, Battle said there was no struggle before the shooting, according to court records.

On Tuesday, Lake County Criminal Judge Clarence Murray granted the state’s motion for a DNA mouth swab from Battle. According to their motion, prosecutors want to compare his DNA to evidence collected at the scene.

Battle is expected to appear in court again Nov. 17 seeking to get bail set in the case.
His attorney, John Cantrell, said he is very offended by people who are calling for his client to resign.

“He is presumed innocent until he is proven guilty,” Cantrell said. “If he is acquitted, he’ll keep his job.”

And if not acquitted, he will still keep his job.

East Chicago City Council members made  more than five times the average salary of council members of 75 community governments in 2014, according to the Indiana Association of Cities and Towns.

East Chicago Mayor Anthony Copeland said Battle’s fate was in the hands of the courts and declined to comment further.

Cantrell said he will keep Battle informed about council business while he is in jail.
Standing outside the Martin Luther King Jr. Center, one woman, who did not want to identified, said she voted for Battle and thought he was being ambushed. “I believe what he said, that the man was attacking him and he was defending himself,” she said.

A voter at the polling place in the 4900 block of Gladiola Avenue who also did not want to be identified described her councilman as a “good guy” who created a summer program for the children in her neighborhood. The woman does worry about how her neighborhood will now be represented. “How can he represent us when he’s facing his own issues,” she said.