Students on liberal arts college campuses may have just jumped the shark for special-snowflakedness.

“Jumping the shark” is an idiom used to describe the moment in the evolution of a television show when it begins a decline in quality, signaled by a particular scene, episode, or aspect of a show in which the writers use some type of gimmick in an attempt to keep viewers’ interest, which is taken as a sign of desperation, and is seen by viewers to be the point at which the show strayed irretrievably from its original formula. The phrase is based on a scene from a fifth-season episode of the sitcom Happy Days when the character Fonzie jumps over a shark while on water-skis.

The usage of “jump the shark” has subsequently broadened beyond television, indicating the moment when a brand, design, franchise, or institution effort’s evolution declines.

As The Week reports, students at Oberlin College are asking the school to put academics on the back burner so they can better turn their attention to [liberal] activism.

More than 1,300 students at the Midwestern liberal arts college have now signed a petition asking that the college get rid of any grade below a C for the semester, and some students are requesting alternatives to the standard written midterm examination, such as a conversation with a professor in lieu of an essay.

The students say that between their activism work and their heavy course load, finding success within the usual grading parameters is increasingly difficult. “A lot of us worked alongside community members in Cleveland who were protesting,” Megan Bautista, a co-liaison in Oberlin’s student government, said. “But we needed to organize on campus as well — it wasn’t sustainable to keep driving 40 minutes away. A lot of us started suffering academically.” 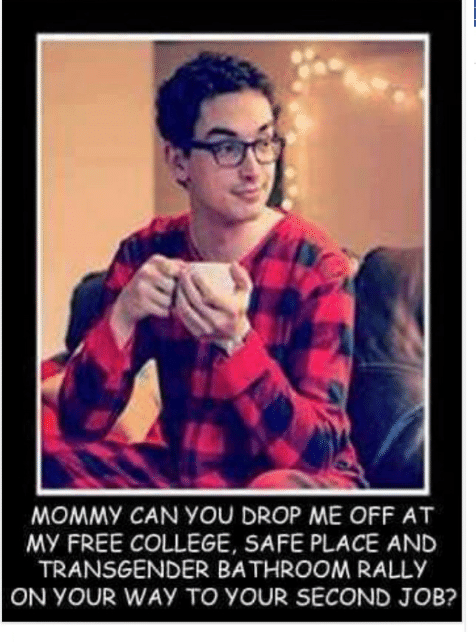 The student activists’ request doesn’t come without precedence: In the 1970s, Oberlin adjusted its grading to accommodate student activists protesting the Vietnam War and the Kent State shootings, The New Yorker reports. But current students contend that same luxury was not granted to them even though the recent Rice protests were over a police shooting that took place just 30 miles east of campus.

“You know, we’re paying for a service. We’re paying for our attendance here. We need to be able to get what we need in a way that we can actually consume it,” student Zakiya Acey told The New Yorker. “Because I’m dealing with having been arrested on campus, or having to deal with the things that my family are going through because of larger systems — having to deal with all of that, I can’t produce the work that they want me to do. But I understand the material, and I can give it to you in different ways.”

Read the full story on the ongoing battle at Oberlin over at The New Yorker.

As The Burning Platform’s Jim Quinn so eloquently put it…

These morons are too funny. Idiocracy in all its glory. It ain’t a movie anymore. It’s the real thing on college campuses across the U.S.

In conclusion, as we noted previously, there are no safe space and no matter where you go in life, someone will be there to offend you. 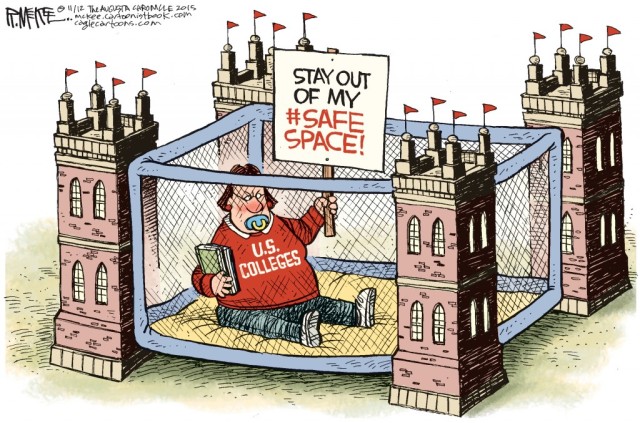 Maybe it’s a joke you overheard on vacation, a spat at the office, or a difference of opinion with someone in line at the grocery store. Inevitably, someone will offend you and your values. If you cannot handle that without losing control of your emotions and reverting back to your “safe space” away from the harmful words of others, then you’re best to just stay put at home. Remember, though: if people in the outside world scare you, people on the internet will downright terrify you. It’s probably best to just accept these harsh realities of life and go out into the world prepared to confront them wherever they may be waiting.