Watch Chuck Todd totally embarrass and humiliate himself on MSNBC

Chuck Todd totally embarrassed and humiliated himself in this attempt to accuse GOP candidate Roy Moore of being against the Constitution.

Instead, he showed that he knows absolutely nothing about our founding principles.

Most people learn about this founding document in elementary school:

“We hold these truths to be self-evident, that all men are created equal, that they are endowed by their Creator with certain unalienable Rights, that among these are Life, Liberty and the pursuit of Happiness.”

That’s the Declaration of Independence Chuckie. Maybe you should read it sometime. 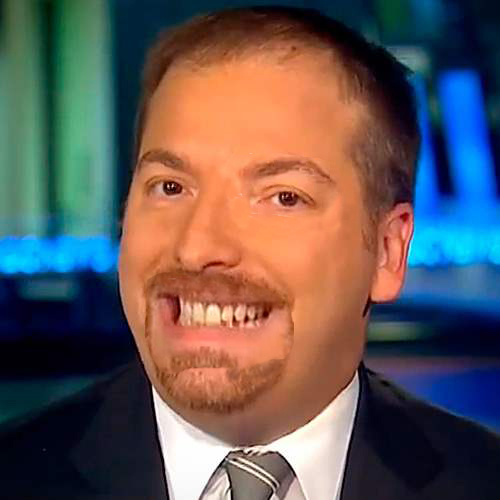 After Independence, the Declaration remained as a statement of America’s natural law ideals and it was the basis for the Constitution.

I know I’m gonna be hit with a chorus of “you’re surprised by that?!?” but, yes, I actually am surprised that Chuck Todd could be so stupid as to not know that Americans have believed that our rights come from God and NOT the government for a long, long, long, long time.

The government is not there to GRANT us rights, it’s there to recognize them and protect them. I would have thought that he’d at least KNOW this Constitutional principle even if he didn’t believe in it, but yet again we’re shown just how foolish our media gatekeepers really are…

Please make fun of him on Twitter, I can’t because he blocked me long ago…