Last Thursday, Eugene Robinson – MSNBC analyst and writer for the Washington Post – published a column criticizing President Trump for failing to side with the U.S. intelligence community and start a war over their conclusion on Russian meddling in the 2016 election during a diplomatic summit with Vladimir Putin in Helsinki, Finland.

Remember when the “deep state” was written off as a conspiracy theory? How times have changed.

With a supine Congress unwilling to play the role it is assigned by the Constitution, the deep state stands between us and the abyss.

Throughout his article, Robinson defends the integrity and reputation of U.S. intelligence agencies.

That isn’t to say the entirety of the United States intelligence communities are dishonorable and lack integrity. However, if the top brass in the agencies is anything to go by – the intentions and aims of our intelligence organizations could certainly be called into question, over and over again.

Look for no further evidence of that notion than…

Brennan is no stranger to the spotlight; from appearances on major cable news networks to his liberal outbursts on Twitter, the former CIA Director steadily attempts to control and shape the narrative.

Last week, Tucker Carlson blasted Brennan, labeling him as an “out of the closet extremist” and “cable news shouter” – deriding the fact Brennan still has a top secret security clearance. Tucker detailed that Brennan is “a passionate ideologue with a documented history of dishonesty” and as CIA director… lied about just about everything from spying on senate staffers and killing civilians with drone strikes to the Steele dossier.”

Furthermore, Kimberly Strassel of the Wall Street Journal penned a great exposéon Brennan’s role in the virtually ignored 2016 spying scandal of Trump and his transition team. Strassel calls Brennan out as “partisan” and notes his close history with Obama. 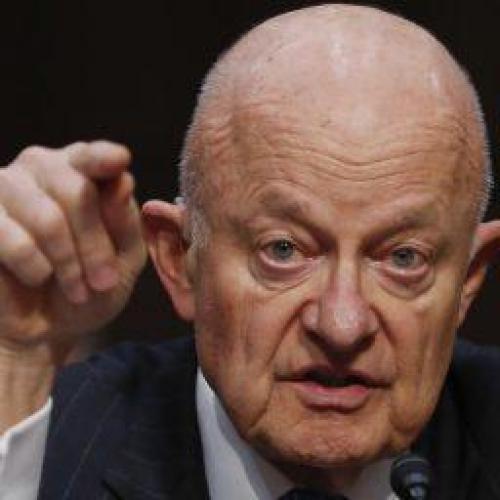 Clapper is cut from the same cloth as Brennan regarding former intelligence officials turned cable news commentators. In August of 2017, Clapper was hired at CNN as an analyst – after he leaked the Steele dossier to the network.

Even after giving a bogus dossier to CNN in a bid to undermine an incoming President, the ethics and principles of Clapper sadly remained unchallenged.

Of the infamous dossier, Clapper took the same route as Brennan in defending it:

But at the same time, some of the substantive content, not all of it, but some of the substantive content of the dossier, we were able to corroborate in our intelligence community assessment which from other sources in which we had very high confidence to it. I think with respect to the dossier itself, the key thing is doesn’t matter who paid for it.

To note, the dossier remains uncorroborated and unverified despite Clapper’s erroneous claim.

For all you need to know about Clapper, this short clip from 2013 speaks volumes on his character:

Wyden: Does the NSA collect any type of data at all on Americans?

Of his comments under oath, Clapper said he responded in what [he] “thought was the least untruthful, manner.” Clapper remained DNI director through Obama’s last term despite criminal perjury and to be suffering no consequences for lying to Congress. 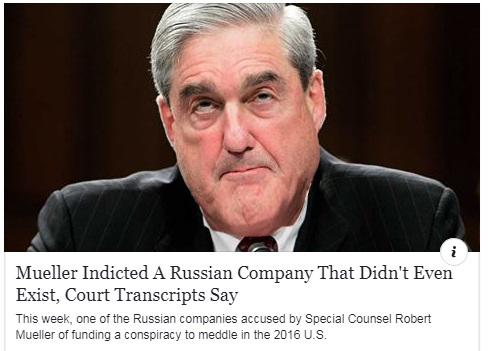 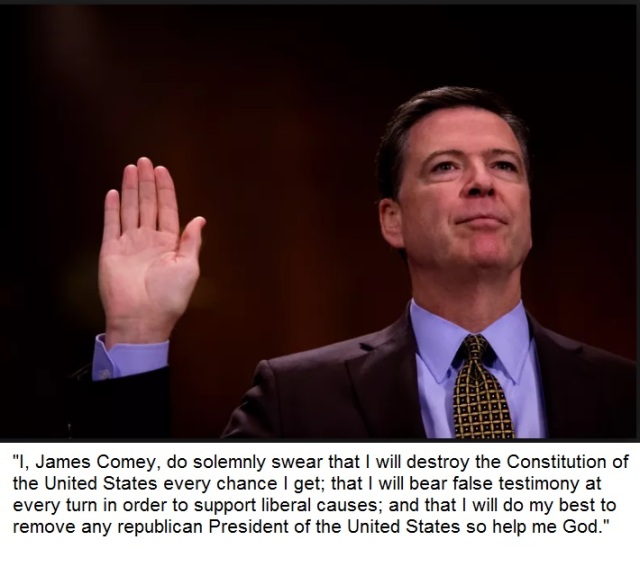 Peter Strzok: Yes, I lied.  What are you gonna do about it?  Huh?

The FBI’s integrity and impartiality has been shredded to tatters and blown into the wind thanks to these three men.

The nature of these top officials at the agency has been well documented. For instance, FMShooter reported in September 2017 that then-FBI Director, James Comey wrote his public statement exonerating Hillary Clinton from her federal investigation months before she was even interviewed by the FBI.

Recently, it was revealed that none other than Peter Strzok changed the language in the FBI’s official statement, lessening Clinton’s charges of using a personal e-mail server from “grossly negligent” to “extremely careless”.

Let’s not forget the fact that the FBI – with Robert Mueller as Director – uncovered a Russian bribery plot in 2009 that benefited Barack Obama and the Clintons:

According to government documents and interviews, before approving the controversial Uranium One deal with Russia, the Obama administration participated in bribery, kickbacks, extortion, and money laundering with Russian officials – all with the aim to expand Vladimir Putin’s atomic energy business inside the U.S.

This, and more, comes from a bombshell report from The Hill that details the corruption via eyewitness accounts and internal documents. E-mails showed that Moscow compromised an American uranium trucking firm with bribes and kickbacks – which is in direct violation of the Foreign Corrupt Practices act.

Mueller, the one investigating Trump’s supposed Russian ties, ignored and allowed bribery and a lucrative Uranium deal with Russia when it involved the Clintons and then-President Obama. Instead of admitting they were at fault, top Democrats pushed Russia as a scapegoat when they are the only ones guilty of any actual collusion.

Just a month before the 2016 election, Obama directly told Trump to “stop whining” about election rigging and that “there is no serious person out there that would ever suggest… you could even rig America’s elections”…

Yet after Trump’s win in November, the narrative shifted. Russia, without a doubt, hacked our democracy and installed an illegitimate President into the White House, according to U.S. intelligence agencies and the political Establishment.

However, pundits like WaPo’s Eugene Robinson are ignoring the elephant in the room. Though not every facet of U.S. intelligence agencies is hackless and partisan, the top officials across three of our main organizations certainly are.

With officials like Brennan, Clapper, Comey, and Mueller having run these agencies – is it any wonder Trump wasn’t quick to side with their findings? After all, he’s been the focus of an overdrawn, completely partisan investigation by Mueller for the better part of two years now, with zero evidence of collusion with Russia found and the actual democrat collusion ignored.

As usual, the Fake News mainstream media has spun and de-contextualized Trump’s actual comments to use them against him – another case of manufactured hysteria that far too many Americans have fallen victim to. 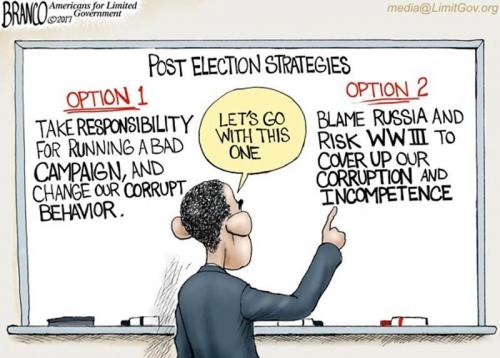