Bill and Hillary Clinton, who just can’t seem to exit stage-left, have resorted to selling tickets for their 13-city arena tour on Groupon after failing to attract crowds at full price, half price – or any price. 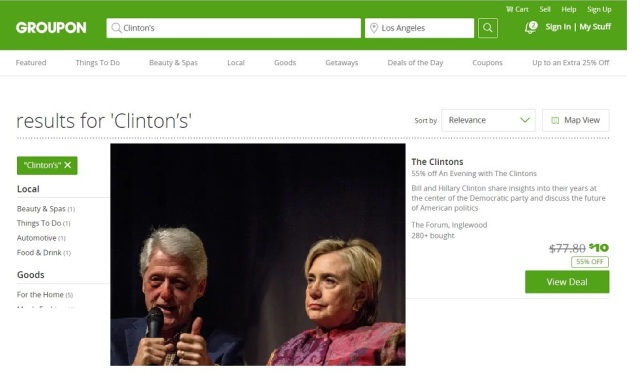 What’s worse, their Groupon deal is for a May 4, 2019 appearance in the liberal stronghold of Los Angeles.

The supposed-power-couple continue to face-plant, after the Daily Mail reported that just 3,300 tickets were sold (at a deep discount) in the Scotiabank Arena in very liberal downtown Toronto, which holds 19,800.  Only 16 % of the seats were filled! 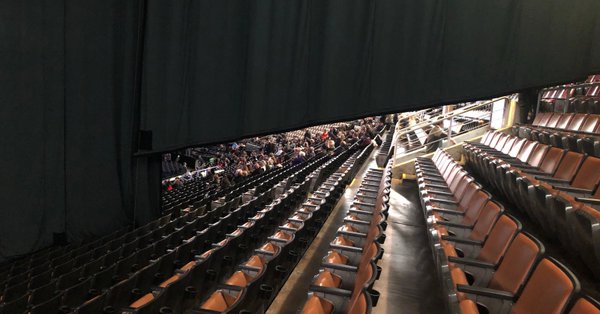 And as the New York Times’s Maureen Dowd noted on Sunday, the Clinton empire is in steady decline. After paying $177 for a ticket to hear the Clintons, journalist Byron York noted that Dowd could have simply waited until the day of the event and paid less than $10.

That’s how popular the tour is.

What is the point? It’s not inspirational. It’s not for charity. They’re not raising awareness about a cause, They’re only raising money for the Clintons.